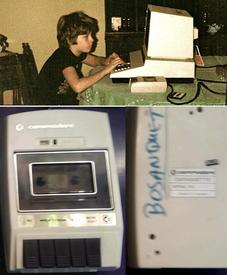 Kevin Hart And A Robot.
August 2018
I sold a Star Wars robot on eBay and sent it to a production company in California.

All I know is that Kevin Hart’s HartBeat Productions purchased a 6-inch tall R2D2 robot from me. I hope to see it sitting on a shelf in the background of one of his movies, but I have no further details. 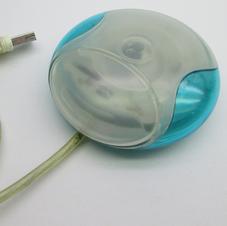 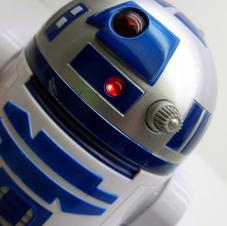 An iMac Mouse For The Woz?
November 2014
I had a new condition iMac puck mouse that a buyer wanted...

I sold a mint vintage iMac blueberry computer mouse. The buyer stated that he was doing something with Apple founder Steve Wozniak and wanted a perfect blueberry iMac mouse. True story? I’m not sure. 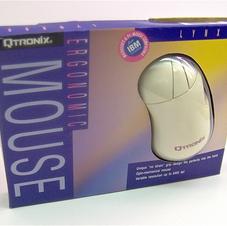 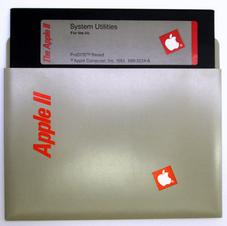 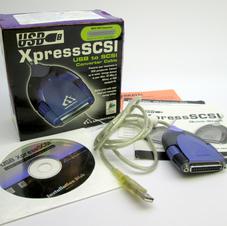 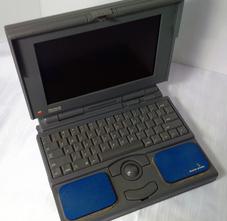 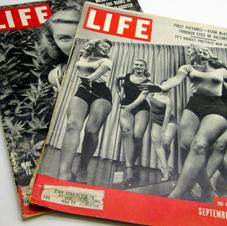 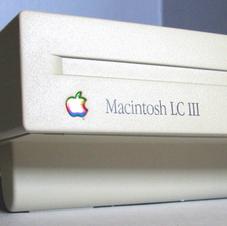 Sold A Hard To Find Cable to NBC
October 2014
I had a cable that NBC needed to access and backup files from their old computers.

Going through some of my old Apple Macintosh computer cables, I discovered a Microtech Express SCSI to USB cable still in the original box. On eBay it was worth a good sum and I listed it for sale. NBC Universal purchased it to move or backup some data on their old Macintosh computers. 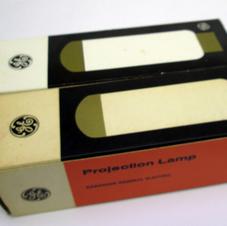 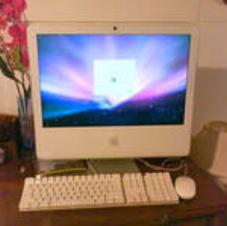 A Series Of Events Leading To Netflix.
April 2017
A series of fortunate events connecting to a Netflix series.

Once again, I had an eBay buyer that wanted one of my vintage items ASAP. I shipped my 55 year old Apolec reel-to-reel tape player with an overnight guarantee to Vancouver and it will be seen in Netflix’s A Series Of Unfortunate Events Season 2.
Update 2018: Only the reels are shown near the end of the season. In the show, they are movie reels, but are in fact just audio reels. 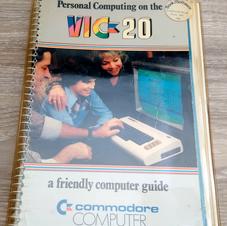 In 2006, I started working for a company that was closer to home and offered a more flexible schedule which made life easier with a young family. It was a full-time job, but my hours were reduced in the winter months and I started to feel insecure about my job. I decided to commit to opening an eBay store and began to sell computer mice. It was good experience, but I remained at my insecure job.

In 2014, finally my rocky ride was over and my employer told me that I could stay home from now on. Luckily, I had a Plan B and started selling on eBay full-time and expanded into collectibles, used DVDs, vintage computers, and retro gaming.

Today, I’ve gone back to my roots with coin collecting, stamps, postcards, and View-Master reels. Below are some of the more interesting eBay selling experiences I've had so far... 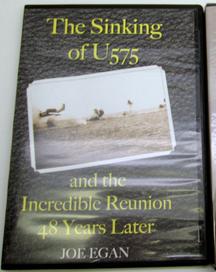 Personal Computing On The VIC-20 For Google
January 2019
What would Google do with an old Commodore VIC-20 instruction manual?

Now this is interesting. Google Canada purchased a Commodore VIC-20 instruction manual from me. I cannot think of what Google would do with it…maybe they scan old manuals into an online archive? Perhaps someone that works for Google is a collector. Those old Commodore instruction manuals were really good and informative. 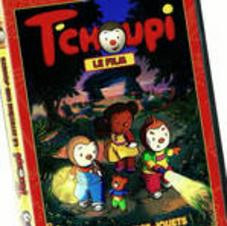 I like to visit my local electronics recycling place to see if they have received any interesting vintage computers. On this day, I came across an early model of the Commodore Datasette Reader. That alone was a treasure for me, but this story is even more interesting. On the bottom of the device ‘BOSANQUET’ was written in marker. Bosanquet Central School was a local school that my father was teaching at in the 70’s and 80’s. That school had only one Commodore PET computer and my father would bring it home on weekends for me to play with it. I actually have a photo of me with that exact Datasette Reader 35 years ago. What are the odds of finding that device again after all this time?

Sold A Vintage Camera To A Pro
September 2018
A professional cinematographer purchased a Yashica Electro 35 GTN Rangefinder camera from me.
A well-known French-Canadian actor and cinematographer purchased a vintage camera from me. I like old cameras and pick them up at garage sales whenever I can. I don’t know much about them technically, but like to have a small display of old cameras on my shelf.

8mm Projector Bulbs For A Current Film Project
September 2018
A couple of my vintage light bulbs were used as a prop in a Guillermo del Toro movie.

I kept my Dad’s old 8mm projectors, films, and extra bulbs. I decided to sell some of the unused bulbs on eBay. A movie production company in British Columbia Canada purchased them. The movie was Antlers, a supernatural horror film directed by Scott Cooper and produced by Guillermo del Toro. I won’t know what the bulbs were used for until I see the movie, but I’d guess there is an old projector used as a prop. 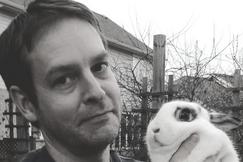 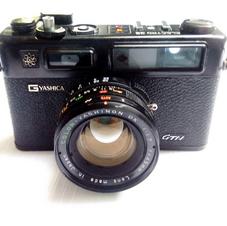 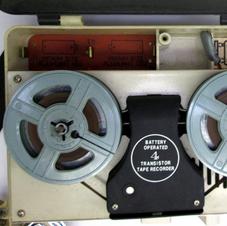 Showtime’s City On A Hill takes place in the early 1990’s and I had an Apple PowerBook 160 that was a familiar laptop from the early 1990’s. Showtime purchased it and I shipped it to them. The PowerBook wasn’t working, but as a TV prop that isn’t required. I look forward to seeing it in the show.

An executive from the television network purchased a video from me.

This isn’t as exciting as the title sounds. I sold a children’s DVD to a CTV (a Canadian television network) executive. It was likely just a video for her kids.

One day I received a phone call from Ebay stating that a very important client was attempting to make a purchase from my store but was being blocked because they were new. The person on the phone said that they were legitimate and I should make an exception in this case. It is quite unusual to talk to someone from Ebay and very unusual to receive a phone call like this. So I lifted the block to discover that the client was AMD (Advanced Micro Devices) and they needed some of the vintage but new computer mice that I had listed for some special technology project in Japan that were working on.

Sent Software Back To Apple 30+ Years Later
October 2016
I sold a set of original Apple II software back to Apple.

I had a set of original Apple II software on 5.25” floppies that I sold on eBay. After receiving payment, I was surprised at the address I needed to send them to; Infinite Loop in Cupertino California. After 30+ years this set of software was going back home to Apple headquarters.

Co-producer Of A WWII Documentary
September 2010
The Sinking of U575 and the Incredible Reunion 48 Years Later.

A few years ago, I went with my WWII veteran friend Joe Egan to a school presentation and Joe said to me, "Someday, I won't be here to talk about my World War II experiences. Someday, there won't be any World War II veterans to tell their stories." He has since passed away and this DVD is the result of our efforts to make a record of one veteran's story. In 1944, Joe was serving on Canada’s HMS Prince Rupert, part of a convoy that sank a German U-boat and rescued the survivors. Nearly five decades later, after corresponding with Wolfgang Boehmer, the Captain of the U-575 Liliput, Joe was invited to attend a reunion of the surviving crew. In this video Joe talks about growing up, joining the Navy, sinking the U-boat, and the reunion. Read more here.

Classic Macs And YouTube
January 2019
At least a couple of my old Macintosh computers are on YouTube.

I’ve traded vintage Apple Macintosh computers and related items with a guy I connected with through a local classified ad a few times over a period of about five years. The last time I met up with him, I found out that he does YouTube videos about old Macs and I recognize a couple of them. I look forward to seeing some more videos.

I Sold A Computer To The United States Army
May 2009
I sold and shipped an Apple iMac to Camp Anaconda in Iraq.

A close friend of mine who was a WWII Canadian Navy veteran passed away. Even though he was in his 80’s, he was an advanced computer user and loved his iMac. His widow had no need of a computer and asked me to sell it. I listed it on eBay and someone with an APO address purchased it. It turns out, I shipped it to Camp Anaconda in Iraq and US soldiers used it to watch movies and TV shows off the hard drive and DVD drive. My veteran friend would have been pleased.